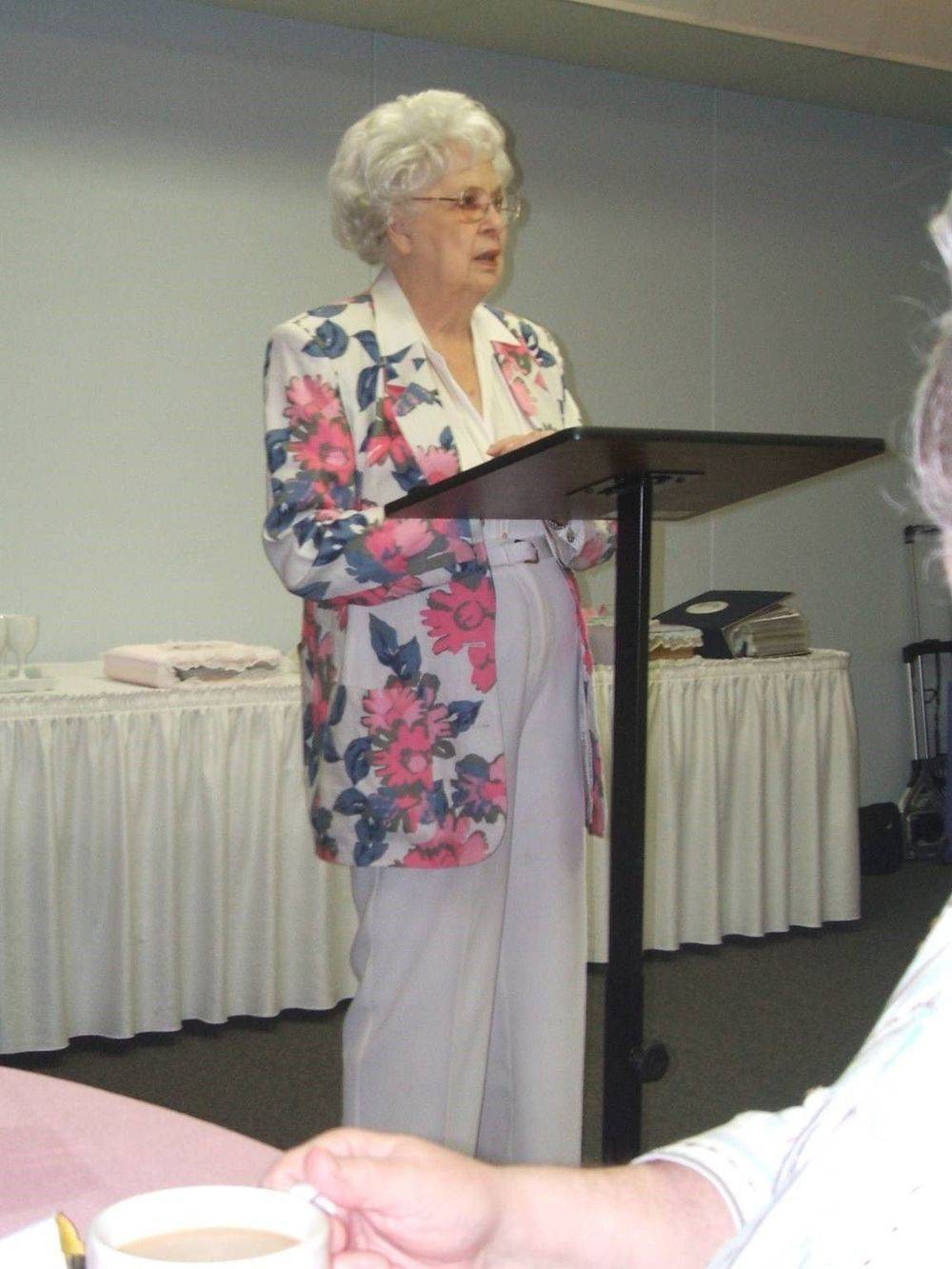 Our friend and teacher, Doris Harris, died on Friday, August 19, 2016 after a short illness. A few days before her sudden illness, Doris had driven herself to the library to check out her weekly supply of books to read, she was preparing to participate in an interview for the Tulsa Historical Society about the history of china painting in Tulsa, and she was working as a bookkeeper and tax consultant for a small electrical firm. She was concerned that she was having a problem with “unsteadiness” so she was planning to shop for a piece of exercise equipment that would strengthen her legs. She lived life to the fullest and was an excellent artist, teacher and business woman.

Doris was born in Tulsa, OK. She married E.D. Harris “Harry” in 1944. Harry was an electrician and they spent several years living in various states” following the work”. They eventually settled back in Tulsa with their two children, Barbara and Bob. Doris credits her mother who lived in Duncan, OK for her start in china painting. Her mother owned a weight loss business and created beautiful ceramic flowers which she painted with china paint and sold in her studio.

She moved her mother to Tulsa in the early 70’s. In order to help her find friends in her new city she enrolled both of them in china painting classes at the Taylor & Oxford China Shop in Brookside. Doris and her mother bought a kiln together and Doris started on her mission to learn china painting. She took two lessons a week from Hazel Schwerring and one per week from Sue Heath.

Doris’s husband became ill with cancer and they had a very difficult two years while he was undergoing treatment at the University Hospital in Oklahoma City. She described this as one of the most difficult times in her life. Her husband died in 1968. She needed to increase her income so she took a real estate course and sold real estate in addition to working as an office manger for an electrical company.

She had an opportunity in 1979 to open a china shop, “The China Cabinet”. She had two excellent teachers, Nadine King and Hazel Schwerring who taught china painting in her shop. Her shop was always busy with classes and activities but Doris learned “you can’t make a living in a china shop” so she closed her shop in 1987, but continued to teach at city parks and Hobby Lobby and to work in, and promote china painting.

She became involved with the Oklahoma World Organization of China Painters (an international organization for china painters, headquartered in Oklahoma City) and became acquainted with its founder, Pauline Salyer, She started attending and working in the conventions and participating in the organization. In 1987-88 she was the State President and coordinated the largest china painting convention ever held in Tulsa.

She saw a need to have an evening club to meet the needs of working women so she sought the advice of her friend, Pauline Salyer, who said “if you feed them, they’ll come”. She prepared her now famous “Chicken Cornbread Casserole” and 45 people came to the first meeting of the “Oil Capital China Painters”. This was the largest number to be chartered into a club in the world. In 2007 she received the Pauline Salyer award, the highest honor bestowed by the Oklahoma WOCP, for outstanding service to the organization. She served the local, state, and national organization in numerous offices and capacities over the years. Virtually all of the Tulsa china painters considered her their mentor.

The family requests memorial donations be made to the American Diabetes Association or the World Organization of China Painters.