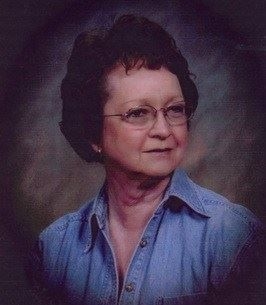 OKLAHOMA WORLD ORGANIZATIAON OF CHINA PAINTERS express sympathy to the family of Janeice Waller. Janeice was a member of the Redbud China Painters Club of Chickasha, Oklahoma.

ObituaryMarlow: Julia Janeice Waller, 77, passed away Tuesday, November 24, 2020 in Oklahoma City.Funeral services will be held at the Callaway-Smith-Cobb Chapel in Marlow with Dr. Rockford Johnson officiating, with burial to follow in the Marlow Cemetery. All arrangements have been entrusted to Callaway-Smith-Cobb Funeral & Cremation Services in Marlow.

Julia was born Thursday, February 25, 1943 in Marlow, to Raymond L. and Ruby Jewel (Lang) Richey. She grew up in the Marlow area and graduated from Marlow High School with the class of 1961. She married Robert Wayne Short in Marlow on March 1, 1963. He preceded her in death in September of 2002. She later married Donald Wayne Waller in Duncan on July 21, 2010 and they have shared ten wonderful years together.

Julia was a creative woman and expressed herself in many different ways. She loved to paint china and was a founding member of the Redbud China Painting Club. She also enjoyed sewing, crocheting, knitting and cooking. She was a faithful member of the Epworth United Methodist Church in Chickasha and was also an active member of the United Methodist Women's organization. She was a woman who loved deeply, enjoyed friends and fellowship and truly loved spending time with her family. She will be deeply missed.

Survivors include, husband, Donald W Waller of Marlow, daughters, Shelly Ann Collins and husband Floyd of Chickasha and Sheryl Dawn McCarty and Travis Newport of Moore, 2 step-sons, Jr. Dale Waller and wife Lea Ann of Comanche and Harold W Waller and wife Julie of Marlow, step-daughter Tonya Chesser and husband Mike of Yukon. In addition to her children, Julia is survived by 13 grandchildren and 11 great grandchildren and numerous nieces and nephews.She was preceded in death by parents, brother, Kenneth Oliver Richey.Her pallbearers will be: Charlie Collins, Adam Marchbanks, Junior Waller, Harold Waller, Doyle Unruh and Travis Newport.Online condolences may be made to www.CallawaySmithCobb.com

Youvett Wyrick passed away after a long battle with cancer.

She was a member of the Northeast Oklahoma Porcelain Artists Club, Miami, OK.

OUR THOUGHTS AND PRAYERS ARE WITH YOUVETT'S FAMILY. SHE WILL BE MISSED. 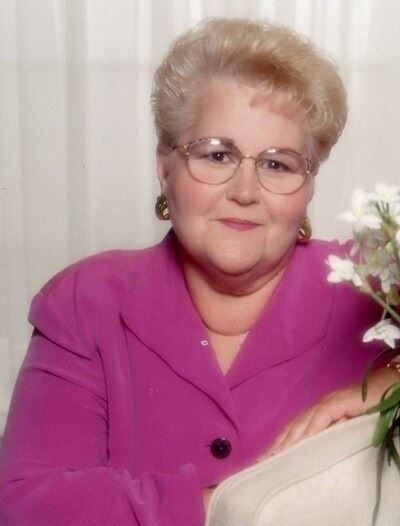 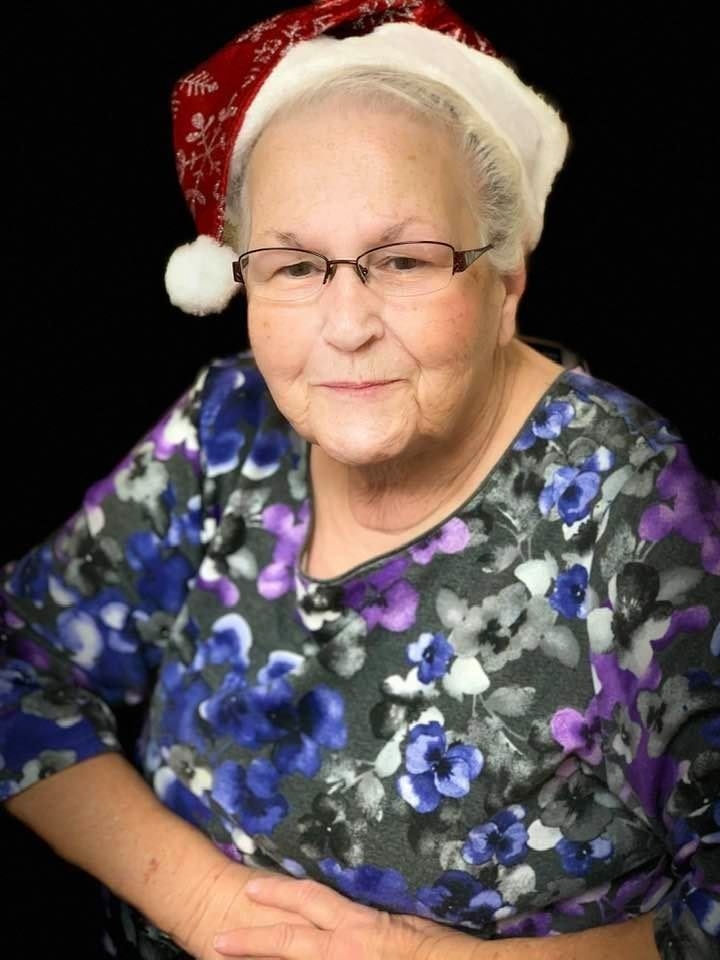 OKLAHOMA WORLD ORGANIZATION OF CHINA PAINTERS WILL MISS FLO BROWN. Flo was President of the organization in 2008-2009. We extend to Flo's family our deepest sympathy.

Moving to McAlester, OK during her high school years, she later met and married Alan Brown, sharing 56 years of marriage. They moved to Yukon in 1965 and to Mustang in 2002.

Florence loved spending time with her family and friends. Very talented at china painting, she was a member of the World Organization of China Painting. She also enjoyed cooking, going for drives and looking at wildlife. Her favorite times were holidays and cooking meals for her family.

A Godly woman, she enjoyed going to church and her church group, Daughters of the King. Florence was the embodiment of unconditional love for everyone.

We will miss our wife, mom and nan deeply, but we rejoice that she has received the ultimate healing and is now in heaven free from pain.

She was preceded in death by her parents; sister, Betty; brother, Russell and grandson, Isiah Jacob Smith.

Florence is survived by her husband and three daughters: Becky Hill of Yukon, Patty Burns and husband Greg of Mustang, and Trinity Smith and husband Brian of Oklahoma City; grandchildren: Heather, Rachael, Matthew and wife Tessa, and Lincoln.

The family would like to extend a special thank you to the wonderful caring nurses and staff at Valir Hospice. 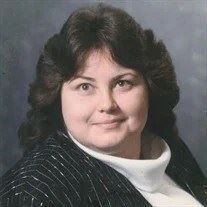 Cynthia “Cindy” Lynn Warren, 61, of Eufaula, passed away Thursday, April 30, 2020 in her home. She was born February 26, 1959 in Tulsa, Oklahoma to Charlie “Fuzzy” and Ethel Warren of Eufaula. She graduated from Kinta High School in 1977, and attended both Eastern Oklahoma State College and East Central University graduating in 1981. She was an avid China Painter and won many awards with her paintings. Cindy was a Teacher and Dealer of the World Organization of China Painters, which was her passion. She worked as a Certified Public Accountant for 36 years and an avid Race Horse owner for many years. 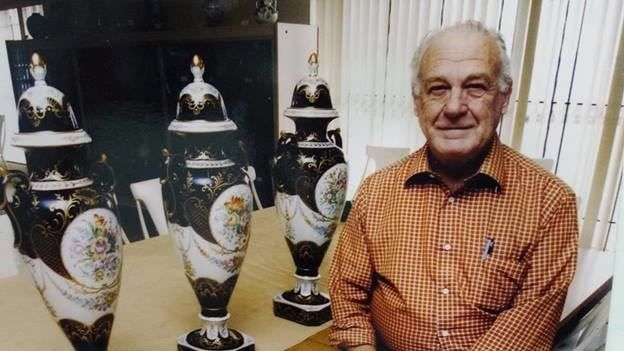 ALFREDO TOLEDANO passed 8th of November 2015. The greatest Dresden painted that traveled to the United States. Alfredo painted 36 of the cobalt blue vases see in this picture, painting with a Dresden design and hand painted gold. The vase is 36" tall. One of the vases is at the World Organization of China Painters Museum on display with some of his other works.

It took Toledano four days to paint each one of the vases. They are white and blue with detailed floral designs and an intricate gold outline.

Pat Dickerson, Museum Director stated Toledano is one of a few who still do the gold work. During a visit to Oklahoma City, Toledano said gold work is difficult, especially on a blue piece, because it appears black before it is fired.

However, he said he usually is happy with his finished project.

The artist has had decades to perfect his craft.

He was 13 when his father realized he had an artistic talent and enrolled him in a government school in Madrid, Spain.

Toledano honed his craft at the school for three years before opening his first studio in 1947.

He taught at the studio for 10 years before closing it to travel in Europe for a year.

Toledano moved to Brazil in 1958 and opened another studio, where he taught .

Also in 1958, Toledano began designing sets for a cinematographer. He did that work for about 20 years. One of his "large works of art was a commission to paint a wall mural in a Florida residence.

During the years, Toledano said he taught china painting to hundreds of people in at least 15 countries. He continued to teach until his death in 2015.

For many years, Alfredo’s travels brought him to Oklahoma where he taught at the WOCP Porcelain Museum in Oklahoma City Museum officials said the students in Oklahoma like Toledano. Some of them took his classes repeatedly. 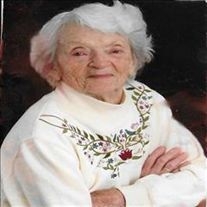 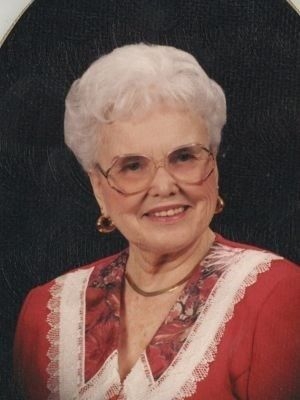 Claudine Arnold of Miami, Okla. passed away Monday Feb. 4, 2013 at Eastwood Manor in Commerce, Okla. She was 88. Mrs. Arnold was born Nov. 4, 1924 in Miami, Okla. to Jacob Claude and Elsie (Williams) Reed. She had lived in the Miami area all of her life. She was a telephone operator for Southwestern Bell Telephone Company in Miami, Okla. for many years. She was a member of the Northwest Baptist Church in Miami and was an avid china painter serving as President of the World Organization of China Painters 1967-1968. She married Floyd “Dude” Arnold on Jan. 9, 1943 in Oswego, Kan. He preceded her in death April 8, 1992. She was also preceded by a daughter, Judie Jameson Feb. 27, 2012.

The family will receive friends from 12:30 to 2 p.m. Thursday Feb. 7, 2013 before the services. Funeral Services will be at 2 p.m. Thursday Feb. 7, 2013 at the Paul Thomas Funeral Home in Miami, Okla. Dr. Rev. J. Fulton Amonette will officiate. Pallbearers will be Darrel Arnold, Larry Foust, Dean Arnold, Ronnie Arnold, Rick Arnold and Dennis Reavis. Interment will be in Williams’ Coal Creek Cemetery, West of Miami, Okla. Arrangements are under the direction of the Paul Thomas Funeral Home of Miami, Okla. Online condolences may be made at www.paulthomasfuneralhomes.com.

Below is the obit for Norma Lynam-Adams. Also if you right click on the picture you can copy the picture to another program.